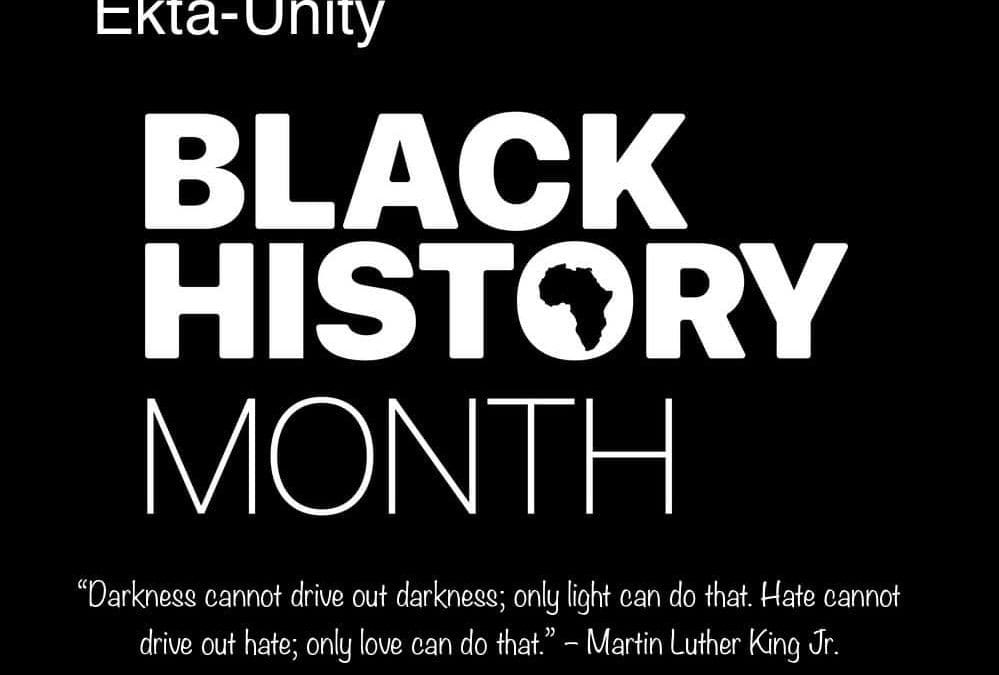 Black History Month is an annual observance originating in the United States, where it is also known as African-American History Month. It has received official recognition from Governments in the United Kingdom, Canada, Ireland, Netherlands, and is continually spreading across the world.

In the UK, we mark it in October to remember the sadly too often overlooked Black men and women who changed our country-UK for the better.

Julie Seaborne-Trustee/Secretary of Ekta Unity said: “October means so much more and it’s all because of the celebration of Black History Month. It’s a time for us to reflect on the tears shed, the sacrifices made, the victories won and the contributions made by Black people to the cultural and economic development. It’s also a chance to showcase the genius and bravery of Black people who have given so much to the world and helped change society.

The month honours Black people’s rich range of experiences, struggles and achievements throughout history and into the modern day. People from many different backgrounds come together during this month to celebrate the positive role of Black people in shaping our communities. It is important to engage with history as a way to understand the present and possible futures”

Ekta Unity proudly joins hands with others to highlight and celebrate the stories of black people in our own City of Coventry and across the World, especially those who may have been excluded from the mainstream historical narrative…..

“HAPPY BLACK HISTORY MONTH FROM THE EKTA UNITY BOARD OF TRUSTEES”