The Aims of
Ekta Unity

The group will utilise the skills, knowledge and experience of its members and local residents to achieve its aims & objectives:

Our members have a variation of needs ranging from being wheelchair dependant and various other mental and physical disabilities.

– Ekta Unity honoured by Her Majesty The Queen 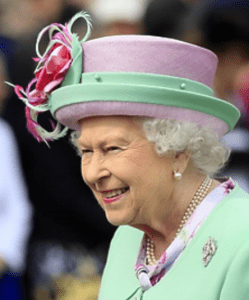 Ekta Unity has been honoured with the Queen’s Award for Voluntary Service, the highest award a voluntary group can receive in the UK. The Queen’s Award for Voluntary Service is the highest award given to local volunteer groups across the UK to recognise outstanding work in their communities. The awards were created in 2002 to celebrate the Queen’s Golden Jubilee and winners are announced each year on 2 June – the anniversary of the Queen’s Coronation.

Ekta-Unity Group will receive the award from the Deputy Lord Lieutenant to her Majesty the Queen Professor Rashid Gatrad later this summer.

The Queen’s Award for Voluntary Service Committee Chair, former broadcast journalist Sir Martyn Lewis said:
“I warmly congratulate all of the inspirational voluntary groups who have been rewarded for their community work with a Queen’s Award for Voluntary Service. The judging panel for this year’s awards were struck by the quality and breadth of all the successful groups.
The thousands of volunteers who give up spare time to help others in their community and to help solve problems demonstrate the very best of democracy in action.”

Ekta Unity said:
“We are incredibly proud Ekta has received the Queens Award as it acknowledges the dedication, commitment and impact of the hard work of the organisation’s volunteers and its users who have come together in such a positive way to support local need.”

Minister for Civil Society, Rob Wilson, said:
“I would like to congratulate all groups who received this year’s Queen’s Award for Voluntary Service, in recognition of their fantastic achievements. The huge amount of work and commitment these organisations put into their local communities is surpassed only by the passion and motivation of the individuals who volunteer. I hope these groups continue to inspire others to get involved and make a positive impact so that we can continue to build a more compassionate society.” 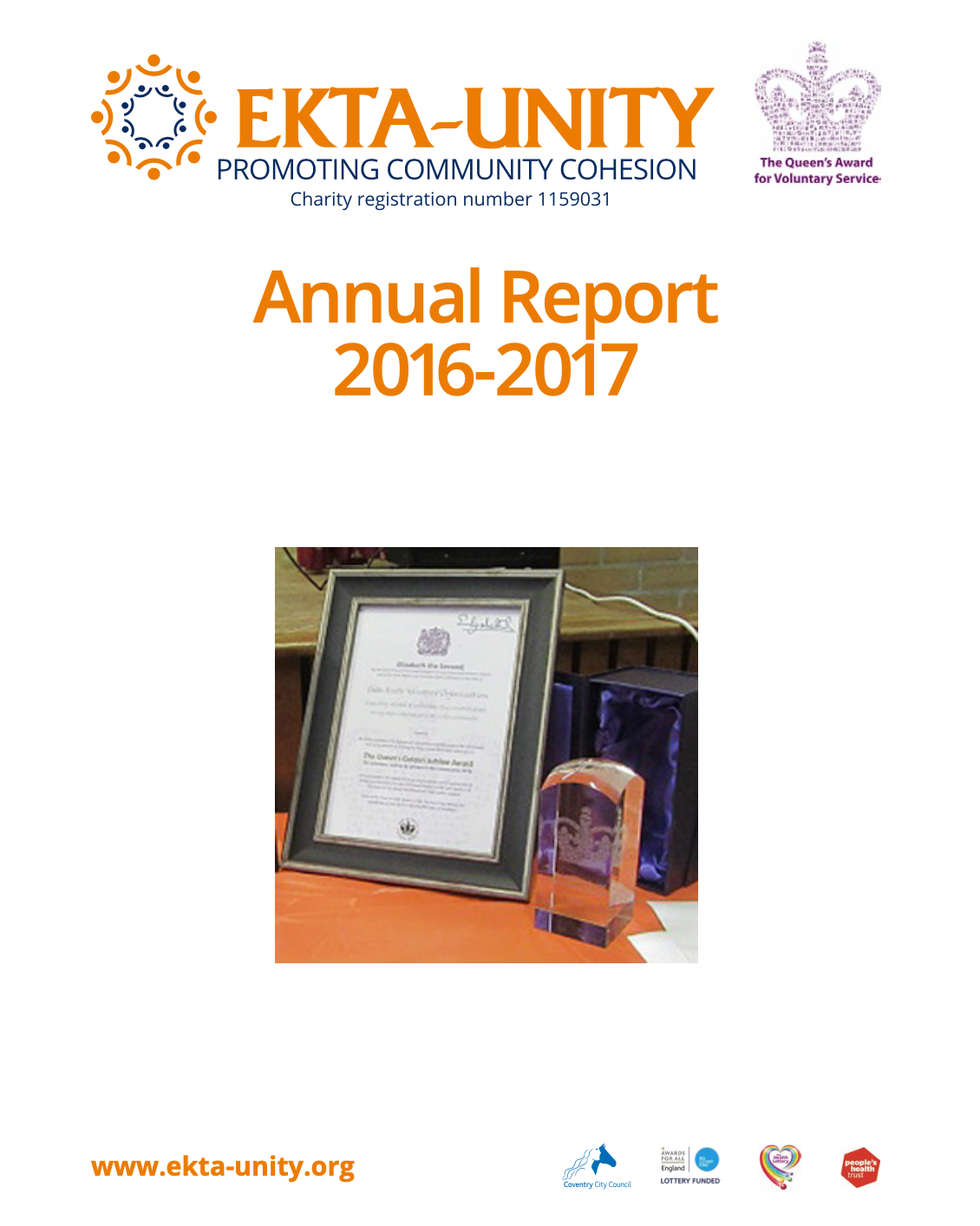 “Ekta Unity is in its fifth year and it has come a long way since formation in 2012. The management committee has achieved to put in place effective governance, policies and procedures, administration, systems for monitoring and …” 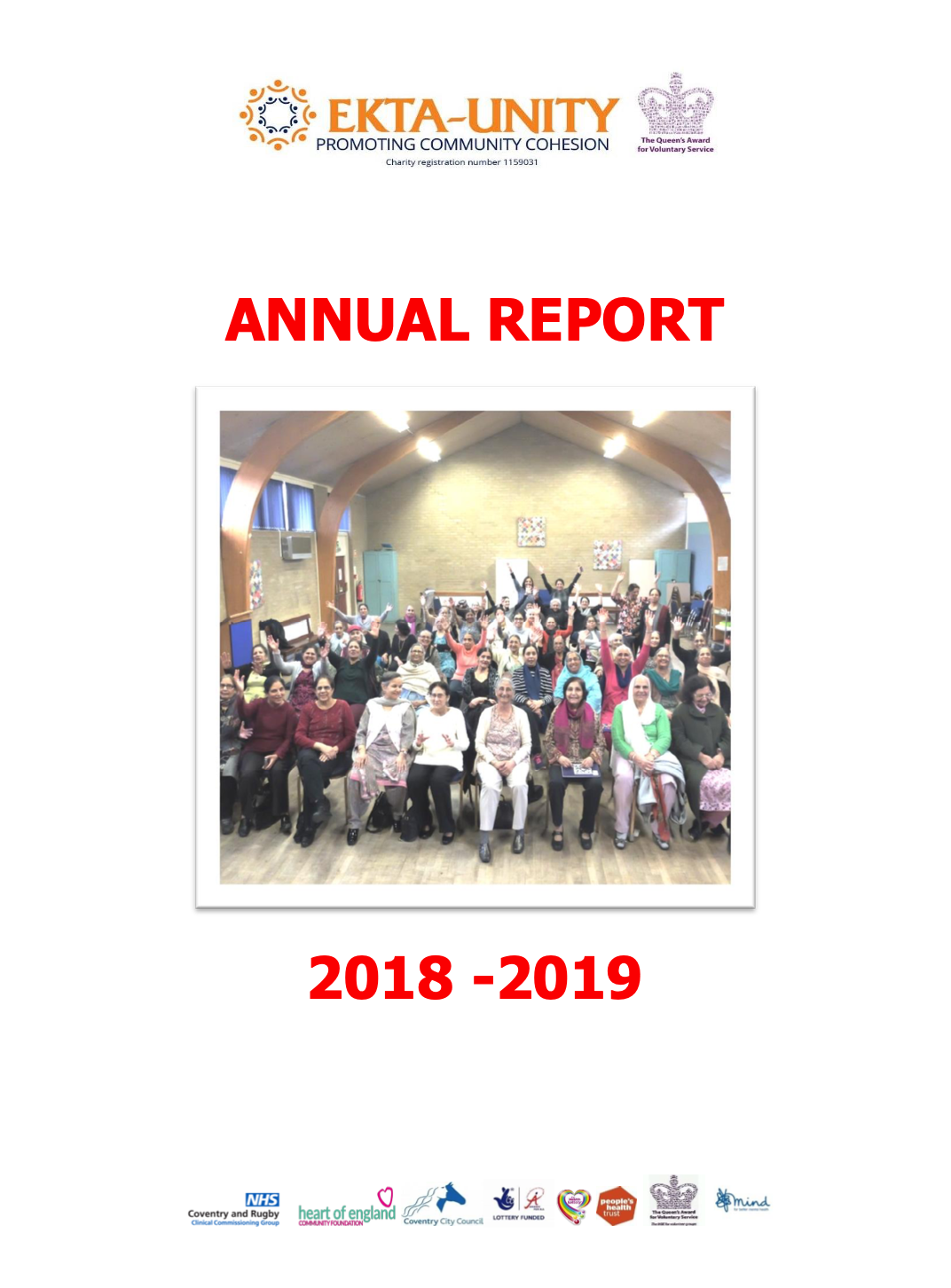 “It gives me great pleasure to present this report illustrating the work Ekta carried out during the past year. It has been another extremely busy year, due mainly to the expansion of services and subsequent increased number of service users…”

Become a Volunteer or Donate Today!